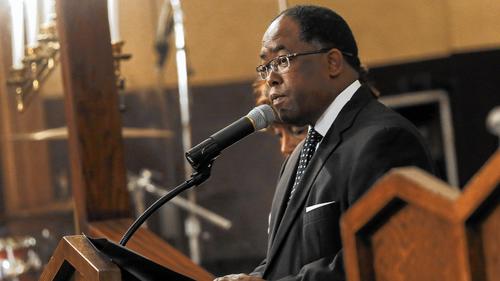 One of the biggest problems facing people who are released from prison or jail is finding a place to live. But housing is, of course, crucial, not only because it’s a basic need but also because failure to secure approved housing may actually lengthen your sentence.

In New York, for example, sex offenders returning to New York City cannot rely on homeless shelters because only 14 of the 270 homeless shelters in the city are not within 1,000 feet of a school or daycare center, as required by state law. When it was brought to lawmakers’ attention that sex offenders were living in these shelters, they responded by keeping sex offenders without approved housing in prison beyond their release date. In Vermont, the state’s unique approach to parole means that rather than facing a parole board when prisoners become eligible, they’re automatically released – as long as they have approved housing. Unsurprisingly, this is a difficult thing to both find and keep, so in addition to staying in prison longer than necessary, many parolees find themselves back in jail if they can’t pay rent or lose their housing for some other reason.

L.A. County took a step in the right direction this week by making it easier for people with (non-violent) convictions to access subsidized “Section 8” housing. In a 3-2 vote, the County Supervisors decided to lift their across-the-board bar on awarding subsidies to people on probation or parole. Of course, people with convictions won’t have a priority over others, and the line is long: 43,000 applications are pending, with 1,200 spots predicted to open up over the next year.

The federal government has their own regulations in this arena, and each housing authority then adds its own screening process, and you can imagine how well that goes for people with convictions (drug convictions and sex offenses are particularly damaging). The really shitty thing about this is that the restrictions don’t just apply to applicants – you can’t even move in with a family member in Section 8 housing in many cases. Because so many people in prison come from poor families, this is frequently a barrier to successful reentry.

On a personal note, I had my own housing crisis in December – my apartment was vacated because my sleazy property management company evidently took a “no rules” approach to renovating the building (skipping minor conveniences like proper wiring and fire egress). I was very suddenly out, locks changed, no home, comically toting clothes, books, two cats, and a litter box around the city.

This was not a high point in my life, and in addition to the fact of homelessness it also coincided with my roommate being away on a silent meditation retreat (seriously) and finals week. But it did bring into focus just how lucky I had to be in order to survive relatively unscathed.

10 days after being summarily ousted from apartment #1, I was safely ensconced in apartment #2. So what if I had been in the exact same situation, except that I had a criminal record and zero money and terrible credit and since I’d been away for 2, or 5, or 10, or 30 years my relationships were a bit strained, or perhaps I had people who would take me in but would risk their precious Section 8 benefits by doing so, and no one I knew could or would lend me $6,000 at the drop of a hat?

When you’re privileged, these awful situations turn into memorable blips, stories you tell your friends and someday your kids, but they don’t ruin your life. For people getting out of prison, not only is the safety net missing but additional burdens are imposed. Good for L.A. County for eliminating one of their own barriers to housing, and here’s hoping that more lawmakers will recognize how onerous housing restrictions are for people already facing many other challenges.